The band program at Eastwood Heights Public School is run by the EHPS P&C Band Sub-Committee, an enthusiastic group of volunteer parents who believe that learning an instrument and playing in a band significantly enhances a child's development.

Learning an instrument helps your child:

Each year, in November, we invite Year 2-5 students to audition for next year's Training Band.  No prior musical experience is necessary.  Students are assigned an instrument based on both their ability and the balance of the band.  Instruments can be hired from the Band Committee at reasonable rates.  Students usually spend one year in Training Band before graduating to Intermediate or Senior Band.

Band performances are organized every term, and are an exciting part of being in the Band program.  Students are expected to attend all performances.

Jazz Band (optional and by selection)
1 Band rehearsal per week

Band Camp
The highlight of the year for all band members is attending the one night Band Camp at Galston Gorge in early November. In 2020 this camp was replaced by a Boot Camp at school.

Sunday Band Workshop
Intermediate and Senior Band students are also expected to attend a Band Workshop on a Sunday afternoon in May.

For some festivals and Eisteddfods students are expected to wear the band uniform.

The band uniform is the Eastwood Heights summer uniform, which is:

Band Membership is for the FULL year with fees paid in 2 equal installments. No fee refund will be available should a student decide to leave the band during the school year as students are expected to make a commitment for the full year.

Do not use the school’s online payment system for any Band payments and pay on time, as our Band Treasurer is a volunteer and has to collect payments from 115 people five times per year.

Please email eastwoodheightsband@gmail.com for any queries.

Return to top of page 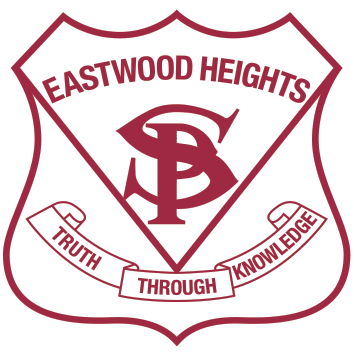 Eastwood Heights Public School would like to pay our respects and acknowledge the traditional custodians of the land, the Wattamattagal people of the Darug nation, and also pay respect to Elders both past and present.

Copyright for this website is owned by the State of New South Wales through the Department of Education. For more information go to https://www.dec.nsw.gov.au/footer/copyright.